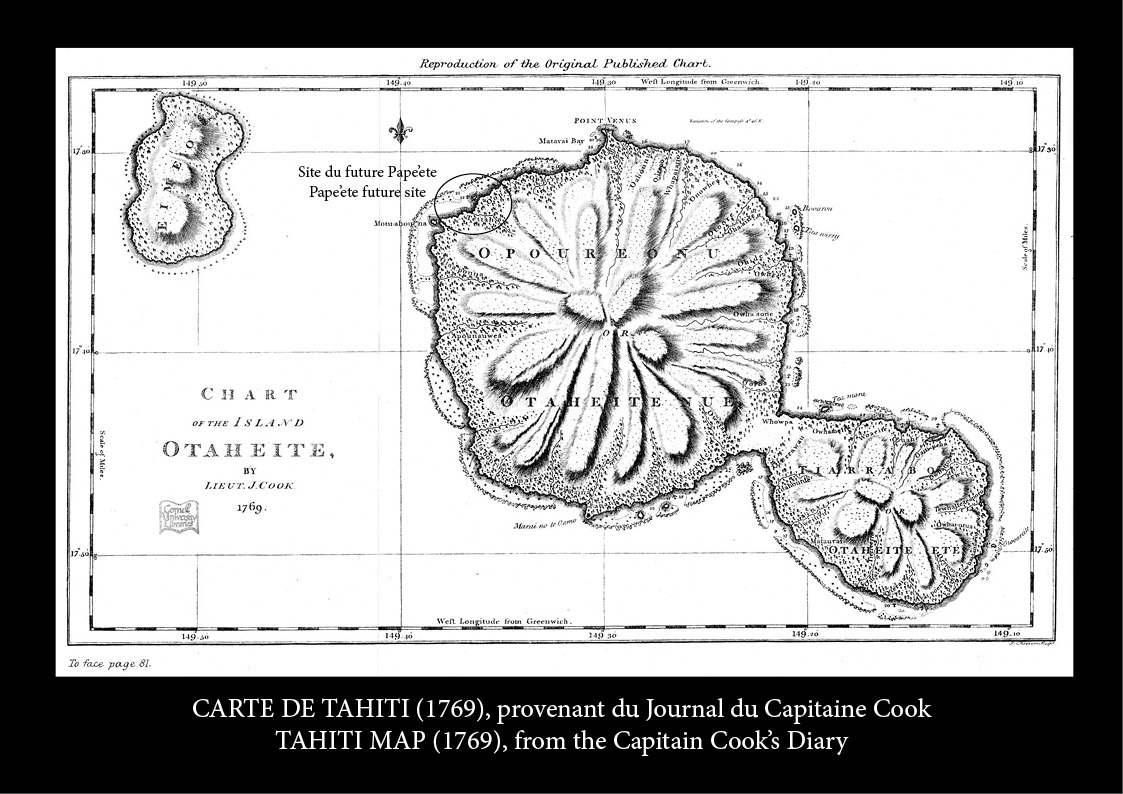 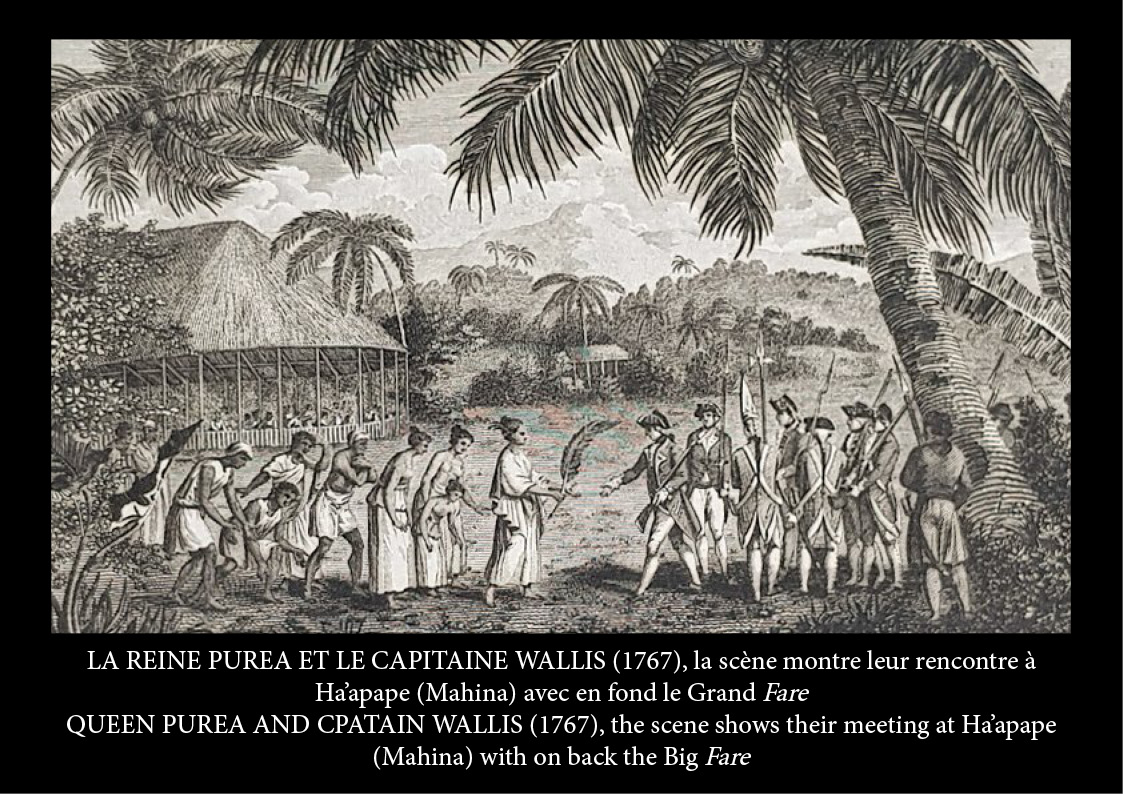 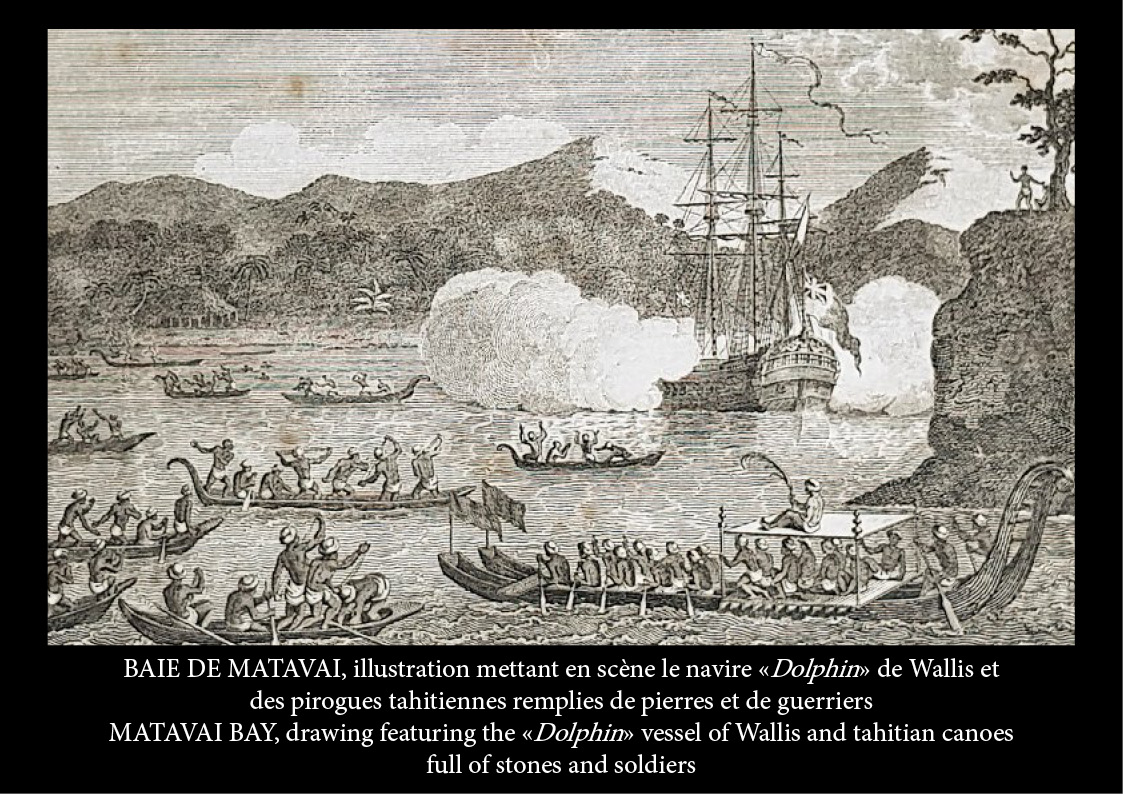 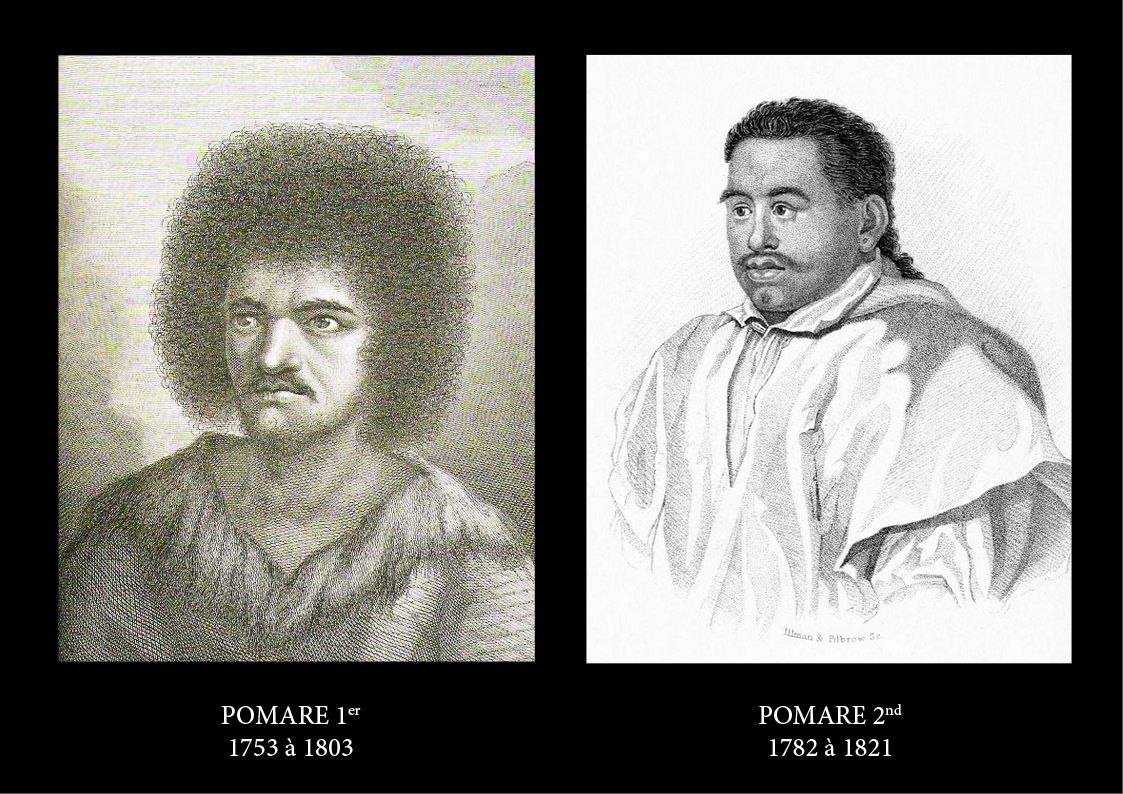 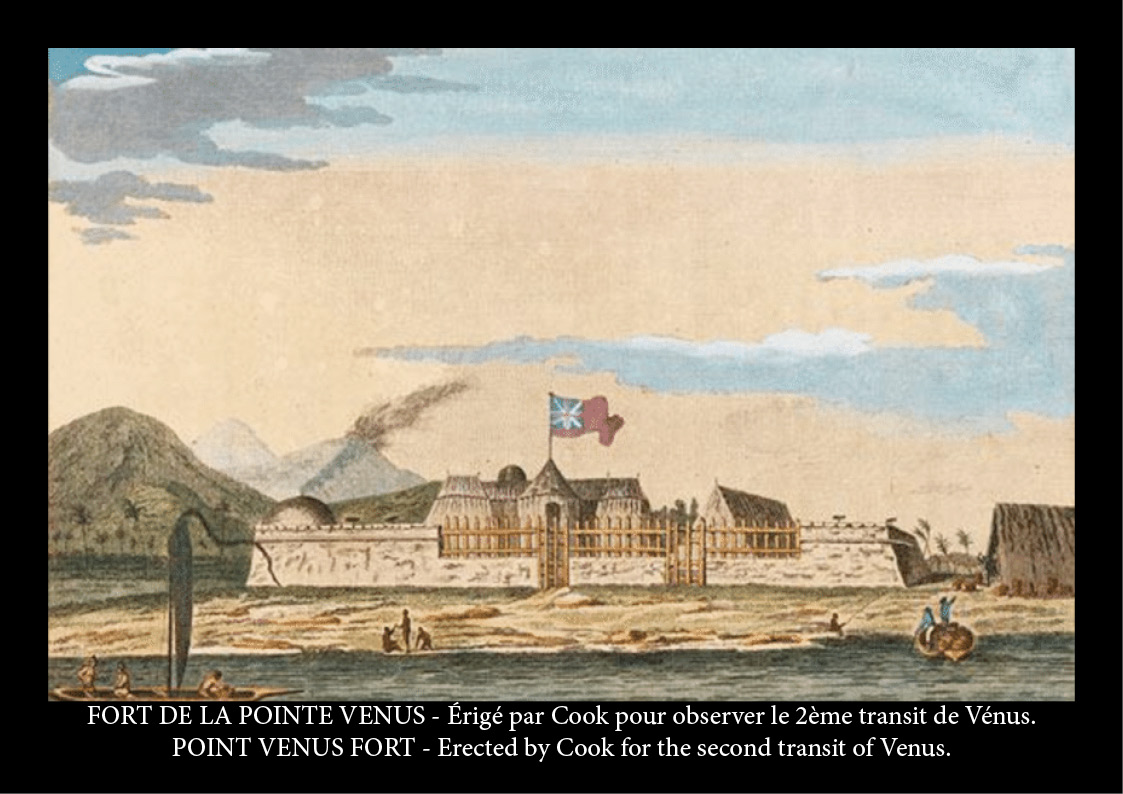 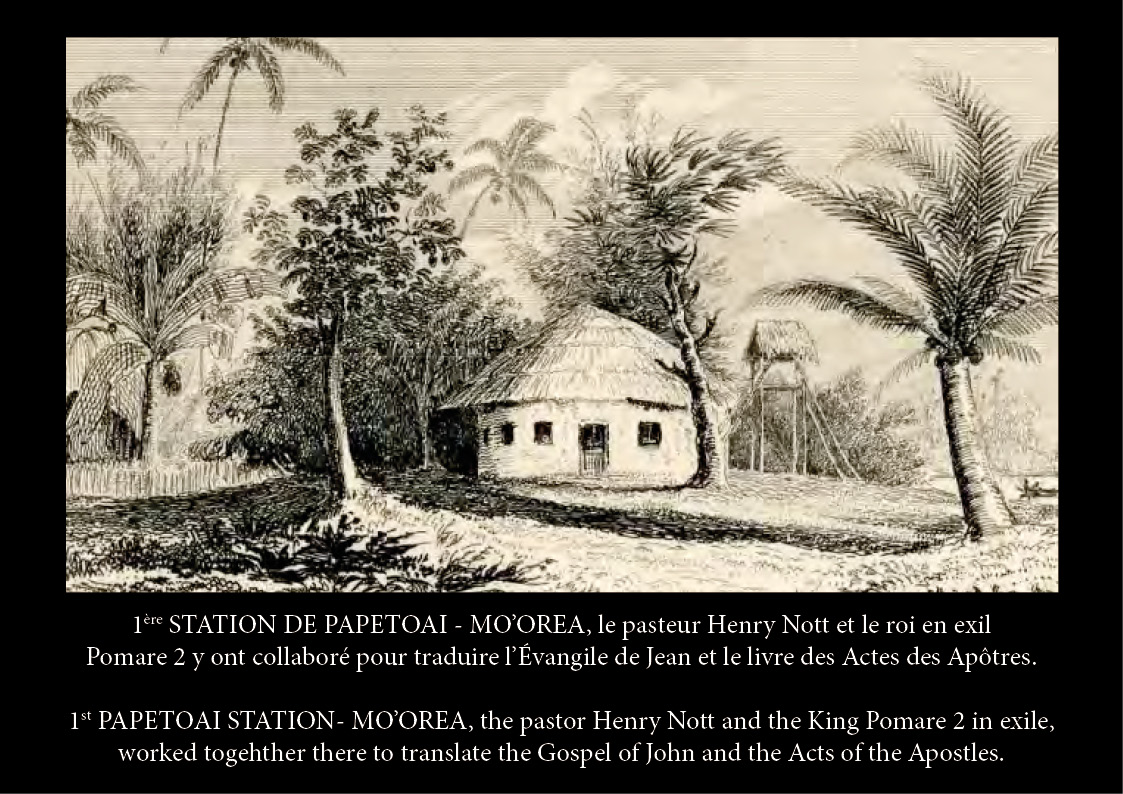 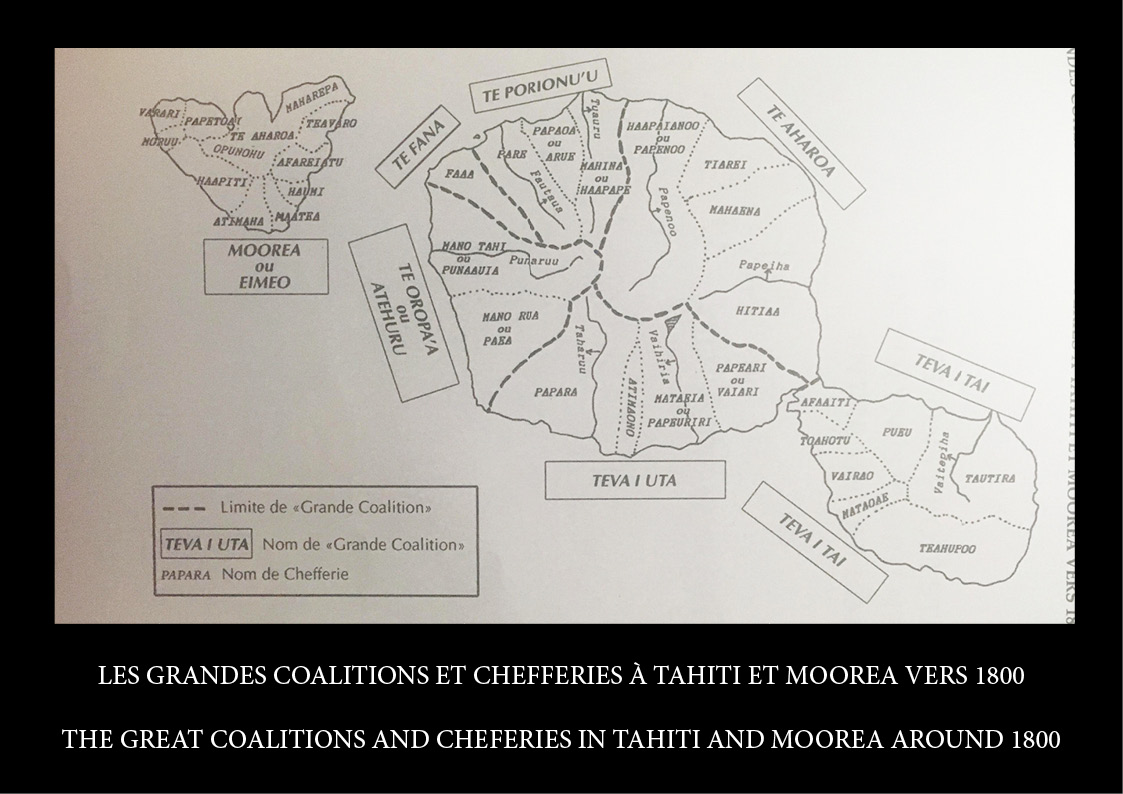 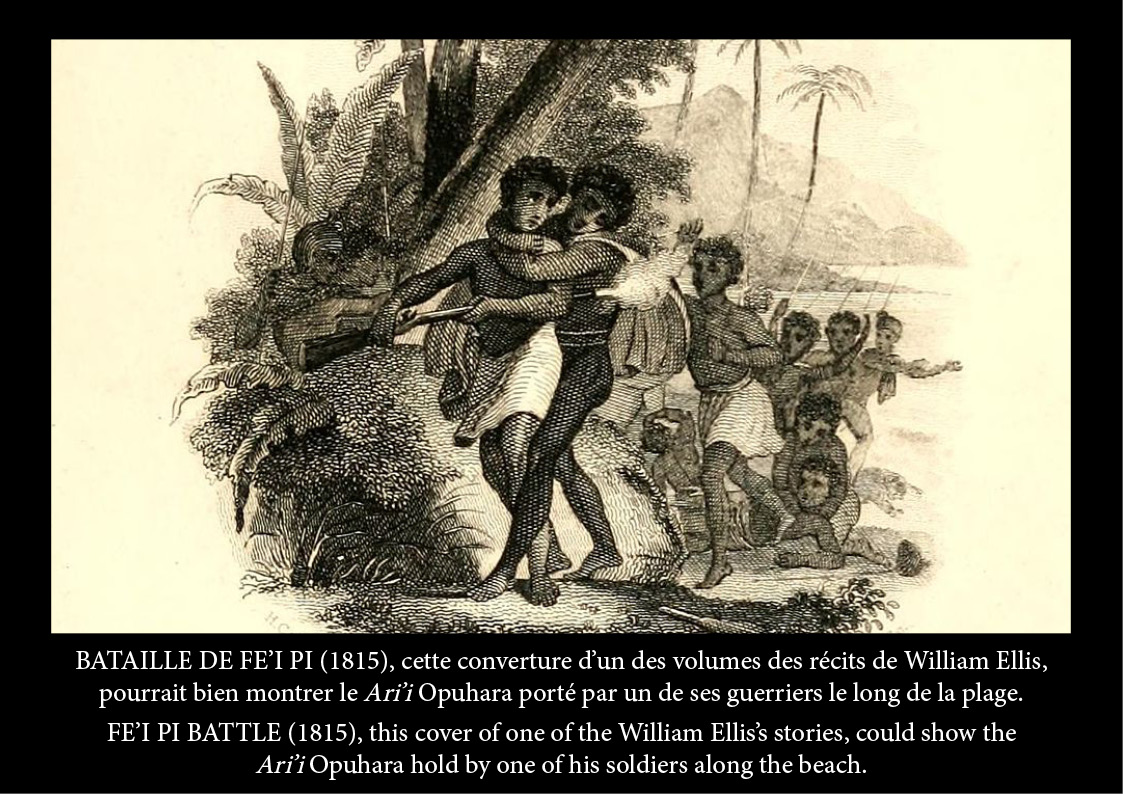 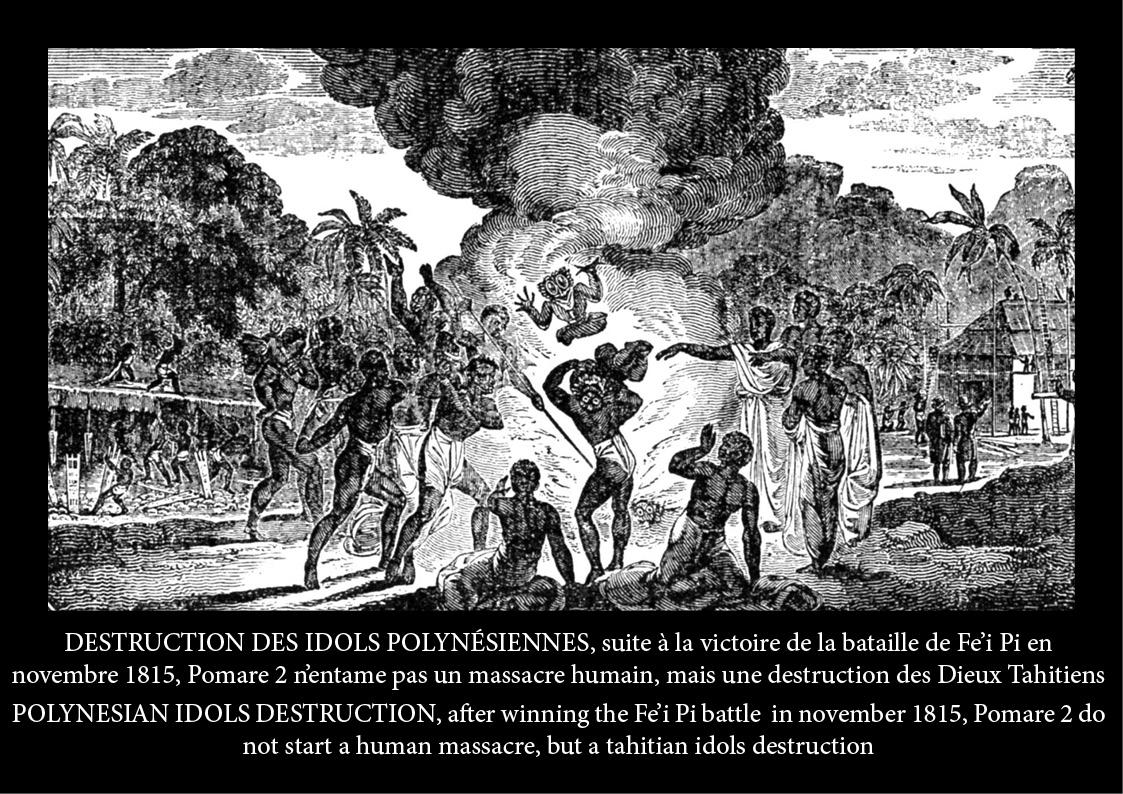 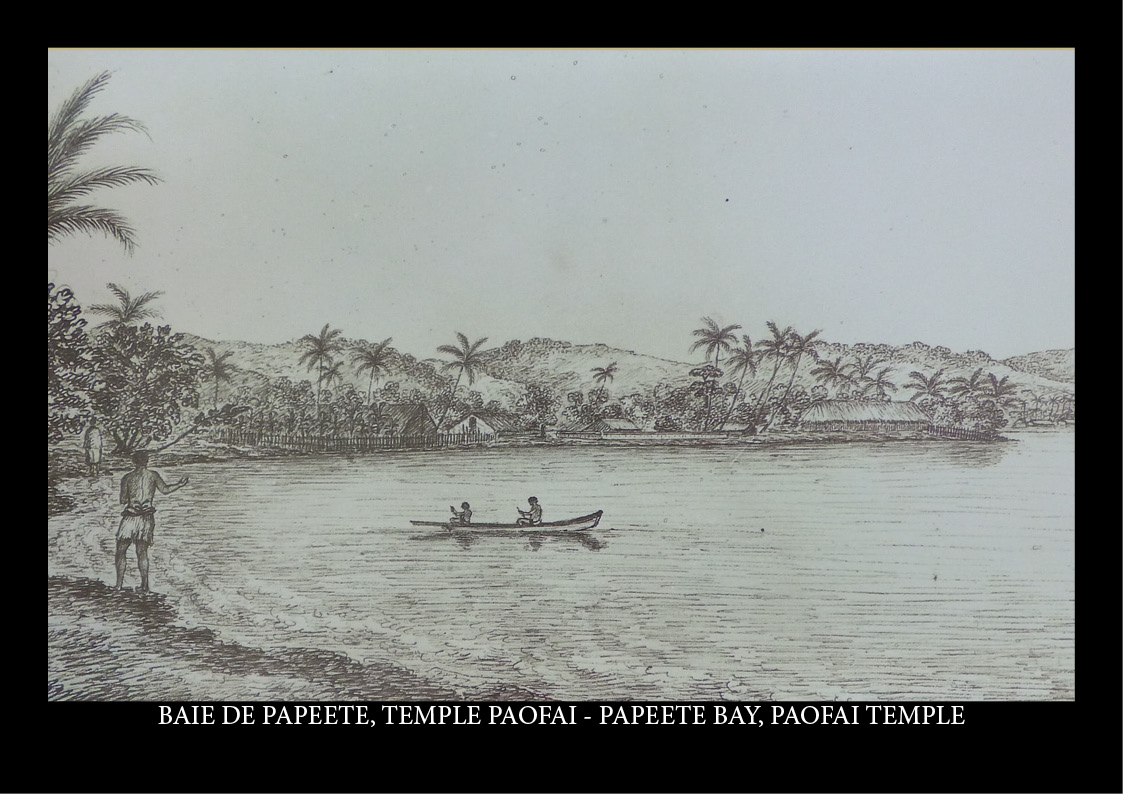 From the Vai’ete place to the Jacques Chirac’s roundabout.

A stone’s throw away from the Vai’ete place is the Papeete Maritime Station. It is from there that the historic tour of Papeete starts. 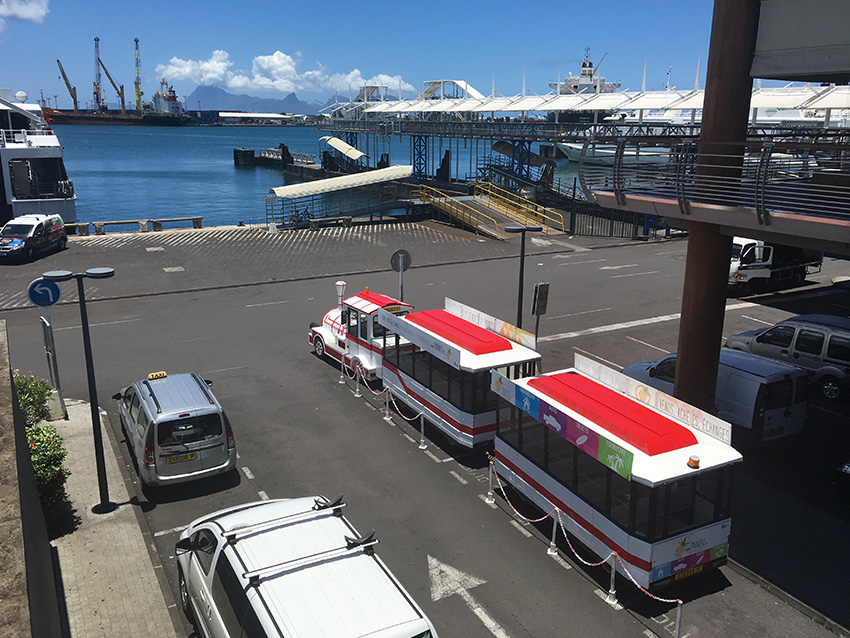 In the heart of the waterfront are scattered several majestic trees. This nature along the road reminds us of all its beauty and greatness. Most of these trees are at least 60 years old. This banyan transports us to the valley. 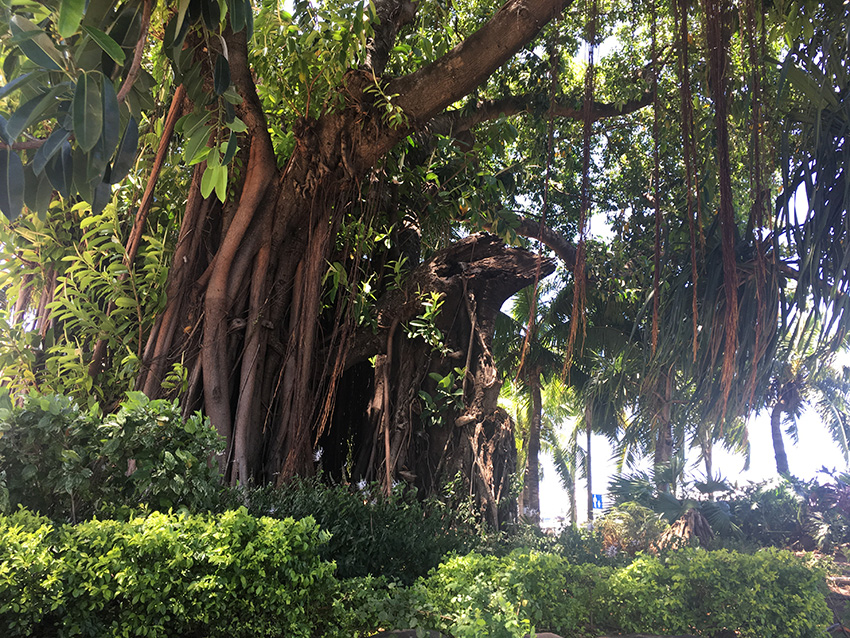 Like the place of coconut palms in Nouméa in New Caledonia, Papeete also has its Music Pavillon in its place. Place Vai’ete, it is on this land that for more than a hundred years, a large part of the tourists have set foot for the first time, on these south pacific islands. Since the birth of Papeete in 1818, the function of this land has always been related to the trade and transport of goods and people, since it has been for decades the Port of Papeete. It has hosted commercial sheds, customs, the territorial assembly, the Tiurai (cultural event in July) and in recent years a public place. 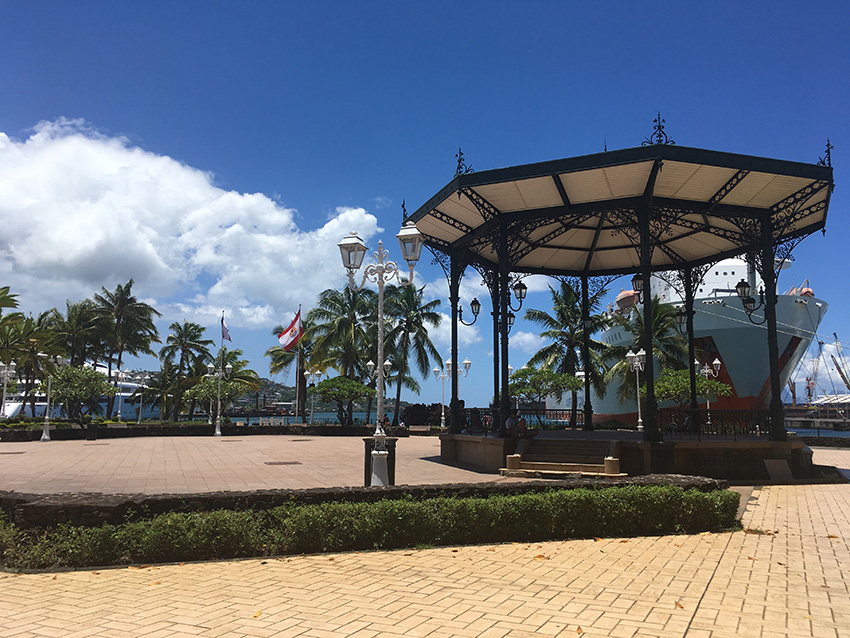 This part of the waterfront is made up of one-storey buildings, reflecting 19th and 20th century dwellings and commercial establishments. Around the market was Chinatown with all its Asian stalls. It looked like a Wild West with all those wooden buildings. In the collective spirit the historical and picturesque aspect of these buildings is blurred, by the patchwork of colors and unharmonious arrangements. 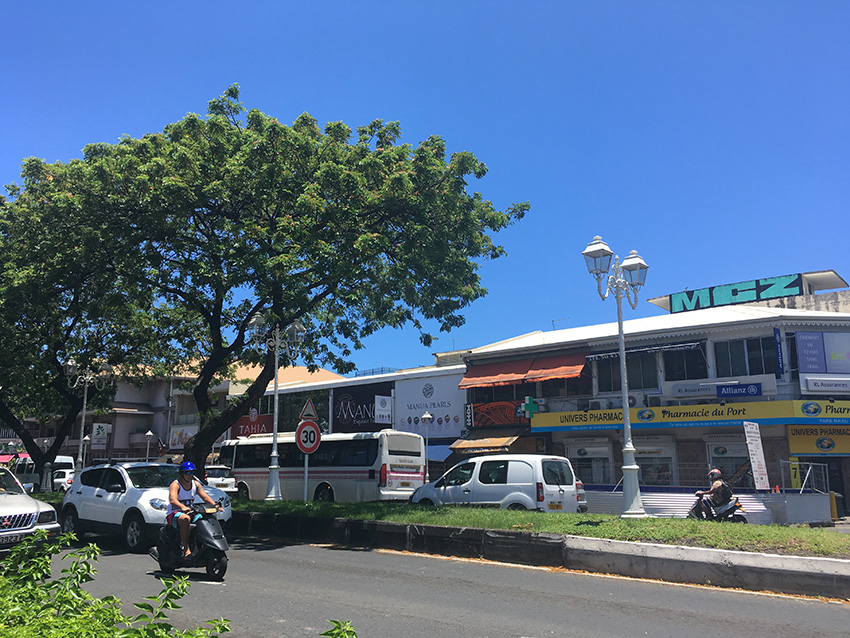 The former place of the fishermen’s wharf, which daily unloaded fish, to supply the Papeete Market, a few steps away. Today, it is a place shaded and arranged, to accommodate the passers-by in search of a cool and pleasant place, to rest and eat. 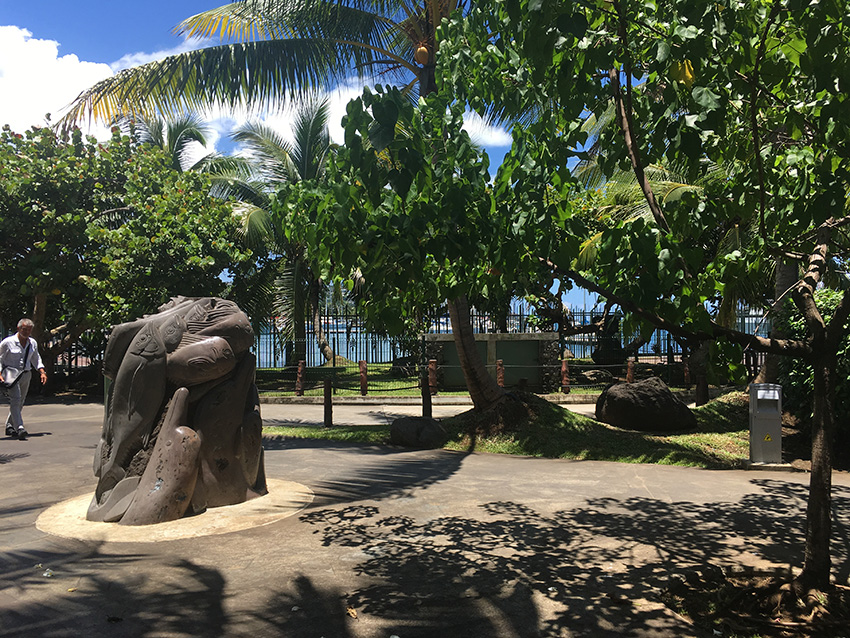 The development of this promenade of the Papeete Marina continued in 2017. A glass barrier and information points on the fish species present in the lagoonarium were added. 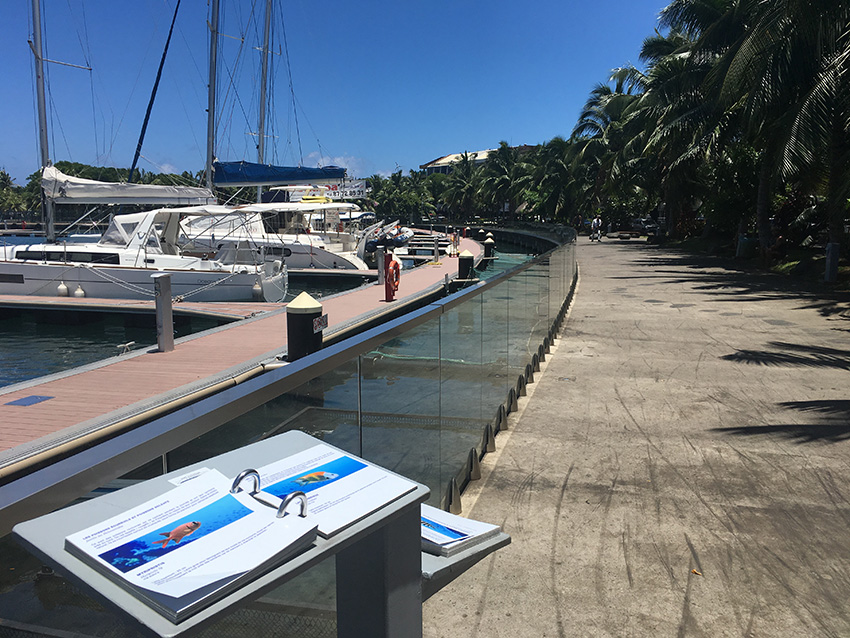 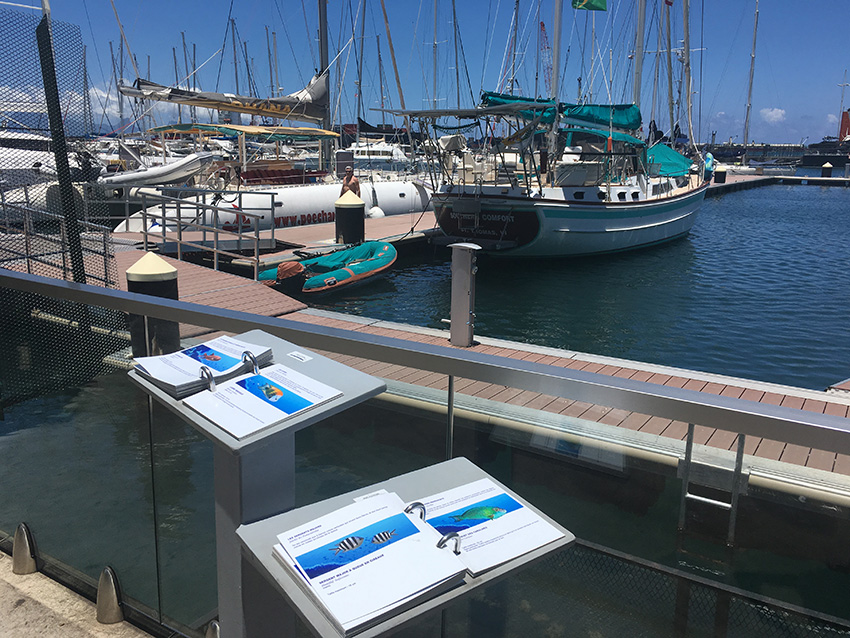 The seafront is directly connected to the heart of the city, with pedestrian access. The opening is fast, towards the sea, but also towards the center. Some neighborhoods of Papeete, are quite pleasant, inviting the walk and looking for amazing angles to the mountains. 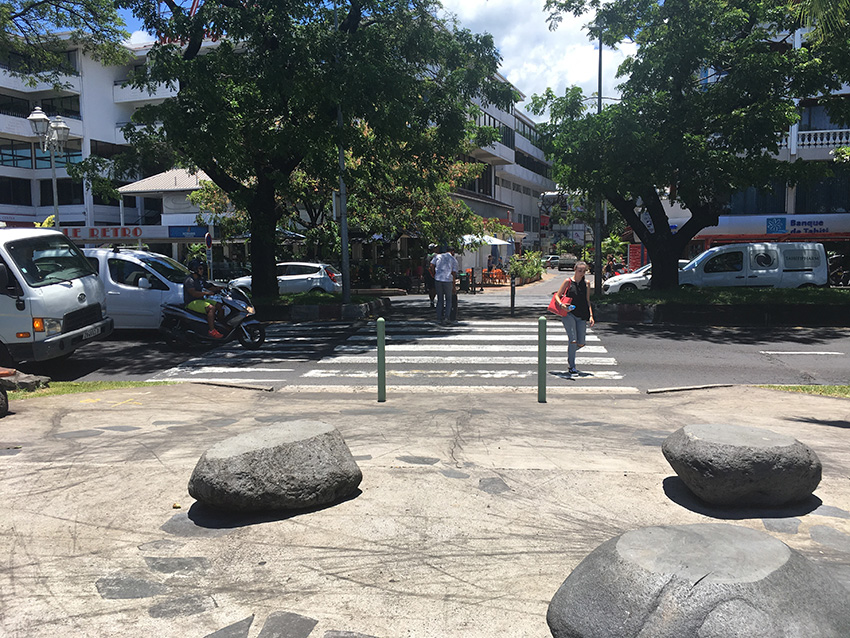 The buildings of this part of the waterfront, all date from the 20th century (1900 to 1999). Some were built at the beginning of this century, like the former Stuart Hotel which is today wedged between the Tiare Hotel and the Fare Tony building. The Stuart Hotel has inspired the architects of these new buildings that have taken over the balcony style with column railing. The painter Matisse made a world-famous board, from this former Stuart Hotel, in 1936. 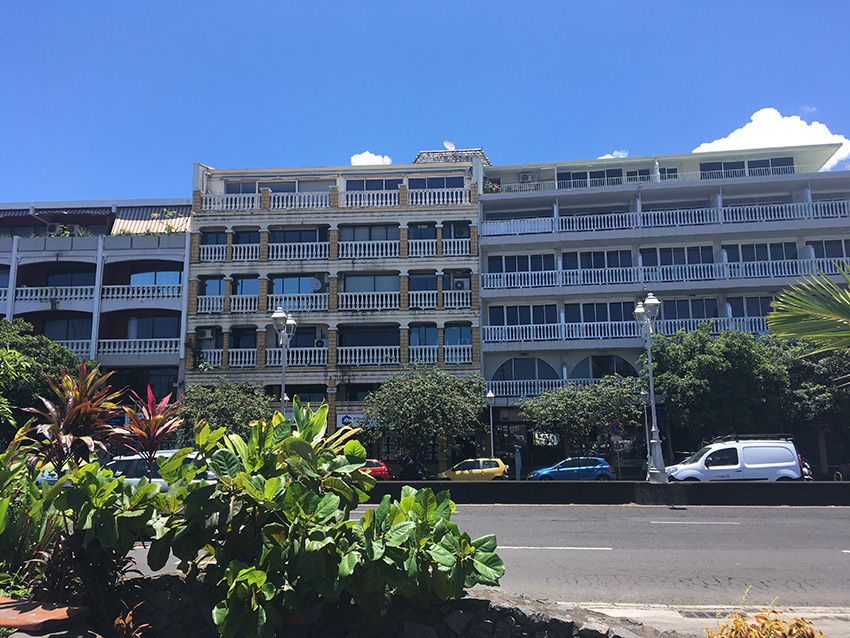 At any time, it is nice to contemplate the activity of the marina and the port. During the day, while the tropical sun is rough, it is refreshing to sit in the shade of vegetation, to feel the breeze coming from the harbor. 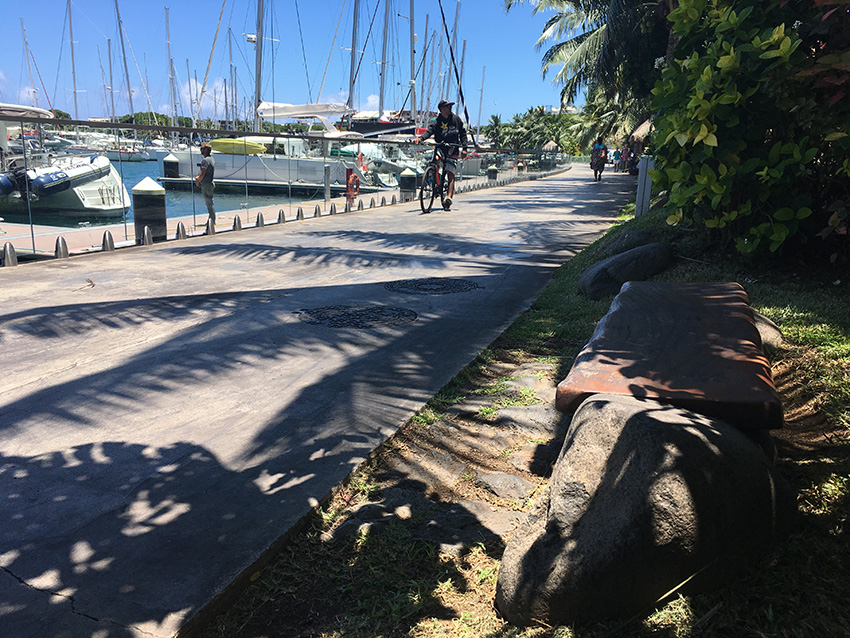 Since 2015, Papeete has a new Marina and seafront promenade. Sailboats and passing boats, as well as, catamarans for the islands and Tetiaroa, are based here all year round. The link between the city and the sea is less and less cut off by the road of the seafront, thanks to this pedestrian walkway. 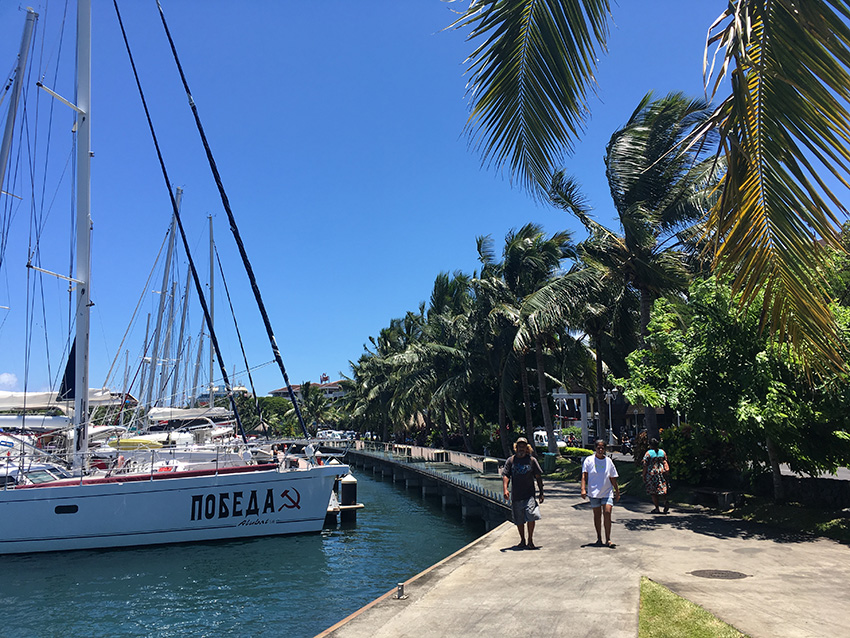 To the left of the pine we find the flag of France and French Polynesia. Then from left to right, Marquesas, Gambiers, Australes, leeward islands and windward islands. Missing on this photo the flag of Tuamotu found at the back of the pine. 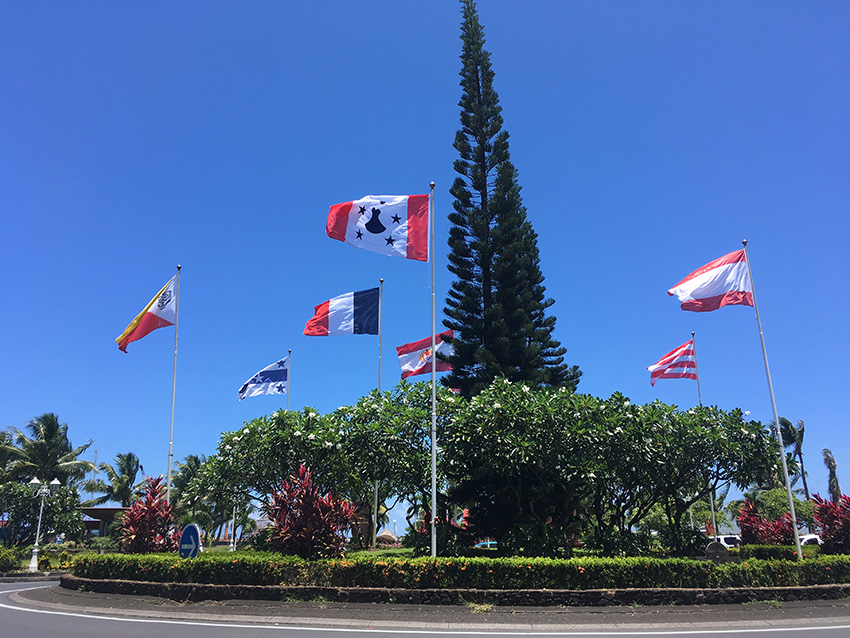 To the right of the pine we find the flag of France and French Polynesia. Then from left to right, leeward islands and windward islands, Tuamotu, Marquesas and Gambiers. Missing on this picture the flag of the Australs found at the back of the pine.